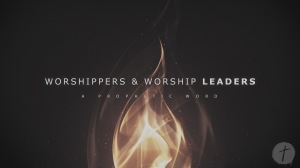 The story of Nadab and Abihu, two priests in the Old Testament, is a sobering and somewhat confusing instance regarding God’s expectation from those who lead others into the presence of the Lord. Here’s what happened: The two sons of Aaron, the lead priest had been designated to offer spiritual sacrifices for the people of Israel, lead them into the prescribed ways of worship and represent the congregation before the living God. They had been anointed or set apart with a holy anointing oil that was to be made with special ingredients, could not be duplicated, and was not to be poured on man’s flesh or on someone who was an outsider, i.e. an unbeliever (Exodus 30:22-33).  God took great care to make sure his chosen vessels were well equipped for the task he was giving them.

In the ordination ceremony for the priests, God told Moses if he would follow instructions, the glory of God would appear (Leviticus 9:6). This is exactly what happened. “Then Moses and Aaron went into the Tabernacle, and when they came back out, they blessed the people again, and the glory of the Lord appeared to the whole community. Fire blazed forth from the Lord’s presence and consumed the burnt offering and the fat on the altar. When the people saw this, they shouted with joy and fell face down on the ground (Leviticus 9: 23, 24).“

God is the one who lit the original fire on his altar, and it was to be kept continually burning as he was to be the only source for all aspects of worship in Israel (Leviticus 6:13). The response of the people in spontaneous shouting, joy and falling on the ground, evidenced something supernatural from heaven had taken place. Enter the priestly sons of Aaron, Nadab and Abihu. The scripture tells us; “Aaron’s sons Nadab and Abihu put coals of fire in their incense burners and sprinkled incense over them. In this way, they disobeyed the Lord by burning before him the wrong kind of fire, different than he had commanded. So fire blazed forth from the Lord’s presence and burned them up, and they died there before the Lord. Then Moses said to Aaron, “This is what the Lord meant when he said, ‘I will display my holiness through those who come near me. I will display my glory before all the people (Lev.10:1, 2).”

It appears that either through carelessness, lack of knowledge (which probably isn’t possible as the Lord had given specific guidelines), familiarity with holy things or possibly drunkenness, (10:9) these brothers decided that any fire would do and used fire that came from another source, other than the altar. This resulted in literal fire coming from heaven and ending their lives.

There are several implications here for 21st century worshippers and worship leaders. Let’s look at some of them.

Have we forgotten that fire is more than a created atmosphere in a room? Heaven’s fire is a direct manifestation of the power of God that always consumes everything it touches. Instead of using the original fire from heaven, they went to an outside source to light their incense burners which are types of our worship and intercession to the Lord. For them, any fire, lit by any hand, produced from any source, would do.

Is it possible, we have confused our attempts at developing a worship atmosphere with lighting, sound, smoke machines and other technology, assuming the euphoric feelings we have are the presence of God, when they may be nothing more than an emotional response to a man-made environment? Can what was started in the Spirit now be made complete by the flesh (Gal. 3:3)? For the record, we have used all of these environmental enhancers at our church but the real evidence of the fire of God’s presence and whether or not God really shows up is genuine life change that is more than a one-time showing of a hand for salvation. As one person said, in the bible, God made his own smoke.

If what we’ve had is real fire, how is it, that in our American church settings, our “atmospheres” have not resulted in a radical departure from sin but more indulgence in the works of the flesh? How is it that we continue to sing songs about the holiness of God and yet sexual immorality is on the increase among church millennials? How can worship teams do multiple services on a weekend then wind down in a bar, getting intoxicated after “ministering” ? How can we speak ill of other believers, church leaders or even employers and think that blessings and cursings out of the same mouth will be acceptable worship to the Lord? Is this not the modern-day version of offering strange fire that has no power for life transformation?

“They serve in a system of worship that is only a copy, a shadow of the real one in heaven. For when Moses was getting ready to build the Tabernacle, God gave him this warning: “Be sure that you make everything according to the pattern I have shown you here on the mountain (Hebrews 8:5).”

Even though Old Testament liturgy need not be followed, our modern worship must duplicate a Holy pattern of purity and separation already established by God, if the divine fire of cleansing is to be evident.

v.4 Then Moses called for Mishael and Elzaphan, Aaron’s cousins, the sons of Aaron’s uncle Uzziel. He said to them, “Come forward and carry away the bodies of your relatives from in front of the sanctuary to a place outside the camp.”

One might think this public judgment was too harsh and would not occur in our day as grace would prevent such a thing from happening. However, John Calvin in “Commentaries on the Last Books of Moses” remarks,

“If we reflect how holy a thing God’s worship is, the enormity of the punishment will by no means offend us. Besides, it was necessary that their religion should be sanctified at its very commencement; for if God had suffered the sons of Aaron to transgress with impunity, they would have afterwards carelessly neglected the whole Law. This, therefore, was the reason of such great severity, that the priests should anxiously watch against all profanation.”[2]

The potential shouting of voices in opposition to this word is in striking contrast to Aaron’s silence (v.3). His blood born sons are no more. Those that he labored with in ministry have now been removed. Why can Aaron not speak? There was nothing to say as he knew God’s actions were just and could not be argued with.

Another shaking is coming soon. “The words “once more” indicate the removing of what can be shaken—that is, created things—so that what cannot be shaken may remain (Hebrews 12:24).” God is going to expose the inner workings of ministries who are more concerned with the Sunday production at the expense of purity and those who will not distinguish between the holy and the common ( Lev 10:10). As Spiritual leaders standing before the body of Christ, we have a heightened responsibility to live lives that exemplify the holiness of the Lord and call people to a higher level of intimacy with Jesus.

The story concludes with these words:

“Moses then asked them what had happened to the goat of the sin offering. When he discovered it had been burned up, he became very angry with Eleazar and Ithamar, Aaron’s remaining sons. “Why didn’t you eat the sin offering in the sacred area?” he demanded. “It is a holy offering! The Lord has given it to you to remove the guilt of the community and to purify the people, making them right with the Lord. Since the animal’s blood was not brought into the Holy Place, you should have eaten the meat in the sacred area as I ordered you.” Then Aaron answered Moses, “Today my sons presented both their sin offering and their burnt offering to the Lord. And yet this tragedy has happened to me. If I had eaten the people’s sin offering on such a tragic day as this, would the Lord have been pleased?” And when Moses heard this, he was satisfied (Lev. 10:16-20).”

Keep in mind the law required if blood of the sin offering was sprinkled inside the holy place, the sacrifice was burned outside the camp, representing Jesus who would be crucified outside the city. If the blood was spread on the altar, the priests were entitled to eat the meat. This animal was still on the altar, burned up, yet they had not eaten. Because of the importance placed on the blood of the sacrifice, (that would later point to Jesus) the rituals that had been established by God appear to have been violated by Aaron and his other two sons, yet they are not punished. This brings up the perfect illustration that worship is not about outward form but a matter of the heart.

When asked about this apparent violation, Aaron responds and says his heart is not in this today because of what happened, so he doesn’t want to appear to be something he is not (v.19). The difference between Aaron’s response and his two dead sons, was that Aaron’s actions were not blatant disobedience. This is where God extends true grace. Not to keep on sinning so grace can abound as Paul warns about (Romans 6:1), but to be honest with God so grace can be applied.

God’s grace will always be available, not to those who are flippant about holy things but to those who in sincere and repentant hearts, walk softly before the Lord, only desiring to please him. The worship of Jesus requires no less and we are going to see this kind of true worship that will bring the real fire of God to radically impact our culture and display the glory of God to all creation.